Sleep Apnea a Contributing Factor in the Death of Carrie Fisher 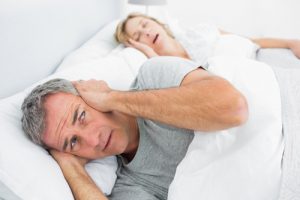 The passing of actress and author Carrie Fisher last year shocked the world, and information regarding the cause of her death is now coming to light. Ms. Fisher suffered a heart attack on her way back to Los Angeles from London, where she had just completed filming her scenes for the latest Star Wars movie. She died four days later. While the L.A. County Medical Examiner’s Office ultimately listed her cause of death as “undetermined,” the report cited a number of contributing factors, and one of them was sleep apnea. This development has now started a much-needed conversation about the dangers of sleep apnea, particularly among women. In fact, some doctors suggest that, for a number of reasons, women who may have the condition are much less frequently diagnosed than men.

Since many individuals may not even know they have sleep apnea, it’s important to be periodically evaluated for the condition, especially when signs and symptoms of sleep apnea are apparent. In addition to breathing pauses, snoring, and gasping for breath during the night, one of the most common signs of sleep apnea is fatigue during the day. Sleep apnea cannot be identified through a routine physical examination and, when visiting their doctors, many women may not associate fatigue with the potential for having sleep apnea. Some women may also attribute their symptoms to other conditions, or feel embarrassed talking about their propensity to snore during sleep.

It’s important to note that the risk of sleep apnea is often greater after menopause. Women who experience the daytime fatigue or other symptoms associated with menopause may be attributing those symptoms to that condition, not realizing that it could be sleep apnea that’s causing the issue. It’s also important to remember that sleep apnea can strike anyone – man or woman – at any age. While certain factors, such as obesity, can increase the risk of developing sleep apnea, the fact is that this condition can strike people of all body sizes and types, and it’s imperative to recognize the signs of sleep apnea that you or a loved one may be experiencing.

There are a number of advanced treatment options for sleep apnea that can decrease life-threatening risks posed by this dangerous condition. If you would like to obtain an evaluation for sleep apnea, please contact Fulbright Snoring and Sleep Solutions today.

"I sleep so much better now, and wake up much more rested. My husband sleeps better because i'm not snoring, and it's just really changed my life."